The Solitude of Hong Kong 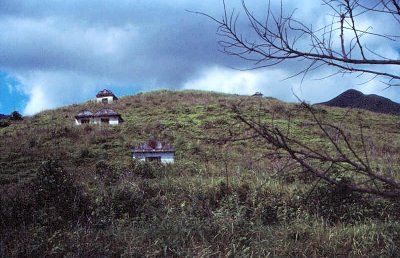 My stomach tightened. Something seemed wrong. Half-expecting to come across the scene of a horrible crime, maybe even the perpetrator in the act, I was nervous. My rational side said I was being silly, subdued the emotion, and pushed me on.

Looking back, I realize that having grown accustomed to a continuous cacophony of chattering jackhammers, thumping pile drivers, angry car horns, and the multitude of other sounds emanating from the perpetual frenetic din of Hong Kong, solitude was no longer a normal state for me.

Hearing the breeze rustle through the trees, smelling the verdant vegetation, and finding myself completely alone was unusual. But more than an antidote to sensory overload, that first foray into Plover Cove Country Park in the northeastern New Territories was a discovery of the other side of Hong Kong, a side few visitors—and even residents themselves—experience.

Of Hong Kong's 1,100 square kilometres, the majority of its population is confined to an intensely developed 184-square-kilometre urban area largely concentrated on the Kowloon peninsula and the northern periphery of Hong Kong Island. The remainder of the territory, however, is rural with over twice the urban area devoted to country parks and conservation areas.

While rugged mountains render much of the land uninhabitable, Hong Kong is hardly the 19th century "barren rock" of Lord Palmerston. Government policies have met some success in preserving and expanding the territory's scrub forest, grasslands, wetlands, and woodlands that harbour 2,900 species of vascular plants, 300 varieties of birds, 100 species of amphibians & reptiles, and 230 different kinds of butterfly.

Surprisingly, you needn't travel far to experience the solitude of Hong Kong. 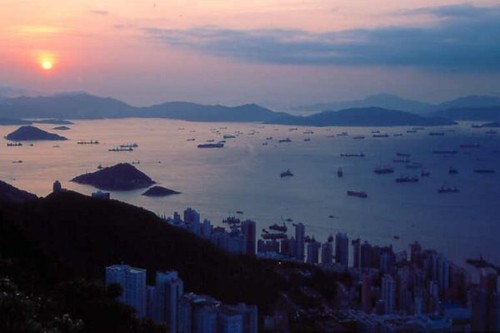 Most who visit here inevitably ascend Victoria Peak to drink in the stunning views of the city skyline. Venture a little further beyond the tourist glut strangling The Peak Tram station and you'll discover a flat, paved pedestrian path tracing the Peak's full circumference.

Start walking west on Harlech Road before dusk, and you'll be treated to views of Aberdeen and Lamma Island over the luxuriant woodland of Pok Fu Lam Country Park.

As you go further west, you'll encounter fewer people and find yourself accompanied more by thoughts and impressions than shouting tour guides and revving buses.

By the time you reach the north side of the Peak, after continuing along Lugard Road, the sun will be drifting over the cargo ship armada at anchor in Victoria Harbour's roads before it's consumed in a blaze of glory behind Lantau Island.

Returning to your starting point, the city's neon will spring to life, but wait until darkness has completely snuffed out the day. The view of Hong Kong at night is no less than astounding, a monument to Thomas Edison like few others.

The path around the Peak is actually the fist stage of the Hong Kong Trail, a 50-kilometre track linking the pinnacles of Hong Kong Island's spine. Most visitors won't have the time to hike its entire length, but individual stages are largely accessible by public transit or taxi.

My favourite is the eighth and final stage, The Dragon's Back. Although a strenuous hike, the rewards make it worthwhile.

From the ridgetop path bisecting Shek O Country Park, the land falls sharply east to a broken coastline pummeled by a relentless sea. With only grasses and shrubs covering the hillsides, an unobstructed vista stretches from Cape Collinson to Cape D'Aguilar. Between the two huddle Shek O's squatter dwellings on the shore of Rocky Bay, an image more Mediterranean than Asian. 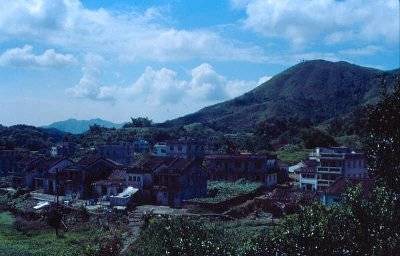 Nature's different moods often present dramatic seascapes from this vantage with storms performing epic battles between darkness and light over Tathong Channel or the setting sun painting Tai Tam Bay to the west in the richness of silver, gold, and molten platinum.

More than an urban escape, The Dragon's Back is also an opportunity for leaving one's earthly cares behind. Paragliders fearlessly launch themselves from here into the onshore breeze, floating effortlessly above their terrestrial existence for as long as the wind will carry them.

Hong Kong Island's remotest corner, however, must take a back seat to the New Territories' Plover Cove for seclusion. I've hiked its trails without meeting a single person during an entire visit.

Although Hakka clans settled Plover Cove's valleys over 300 years ago, their presence has been fleeting at best. You may stumble across ghostly hamlets like Kop Tong or those clustered around Wu Kau Tang, but only a few settled villages remain, remote and largely on the periphery, as at Lai Chi Wo.

Bride's Pool and the area around the Plover Cove Reservoir near Bride's Pool Road are popular with hikers, especially on weekends. But if you venture east into the hills, you will undoubtedly find yourself suddenly alone.

As you make your ascent, except for the occasional wooded ravine, there are no trees to obstruct views. You may notice the sporadic sign of human activity—overgrown terraced fields and the random hillside grave situated according to the dictates of feng shui. But having come from one of the most densely inhabited places in the world, the serenity is striking. 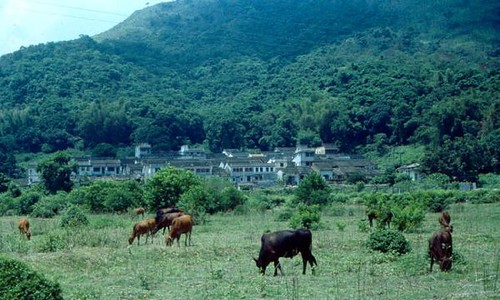 Tiu Tang Lung (416m/1,365'), the highest point in the park, is a worthy goal. On a clear sunny day, a tourist-brochure panorama is your prize. Jagged, emerald islands extending into Mirs Bay encircle the azure waters of Double Haven in a serpentine grasp. Looking inland, only a crumpled carpet of green ridges and valleys lay within sight.

Tiger and other large mammals once roamed this area, but most have long since been pushed out by human encroachment or simply wiped out.

Aside from a few cows at Lai Chi Wo, the largest animal you'll likely encounter is one of Plover Cove's snakes — at which point you may suddenly hear the call of the urban jungle signaling a hasty retreat.

See the Adventurocity Photo Gallery for more Hong Kong photos or join the conversation in the Advenurocity Forum.

Reply | Reply with quote | Quote | Report to administrator
# Re: Hong Kong Hikes — Rick Green 2010-04-07 12:10
I'm glad you found this article useful, Jade. Please do share your adventure with us when you have made the Tiu Tang Lung hike, or any other for that matter. I'm always interested in other people's perspectives, as we can experience things differently. I'd also like to know if it met your expectations.
Reply | Reply with quote | Quote | Report to administrator
# Hong Kong Hikes — Jade 2010-03-01 11:11
Wow- thanks for sharing this link! after looking at guide books and websites, it's really nice to have a personal account. I can't wait to hike to Tiu Tang Lung- and have set that as a goal for myself!!! I'll be sure to share our photos and blog journals with you once we do!
Reply | Reply with quote | Quote | Report to administrator
Refresh comments list
RSS feed for comments to this post
JComments