photos by Brian K. Smith with text by Rick Green 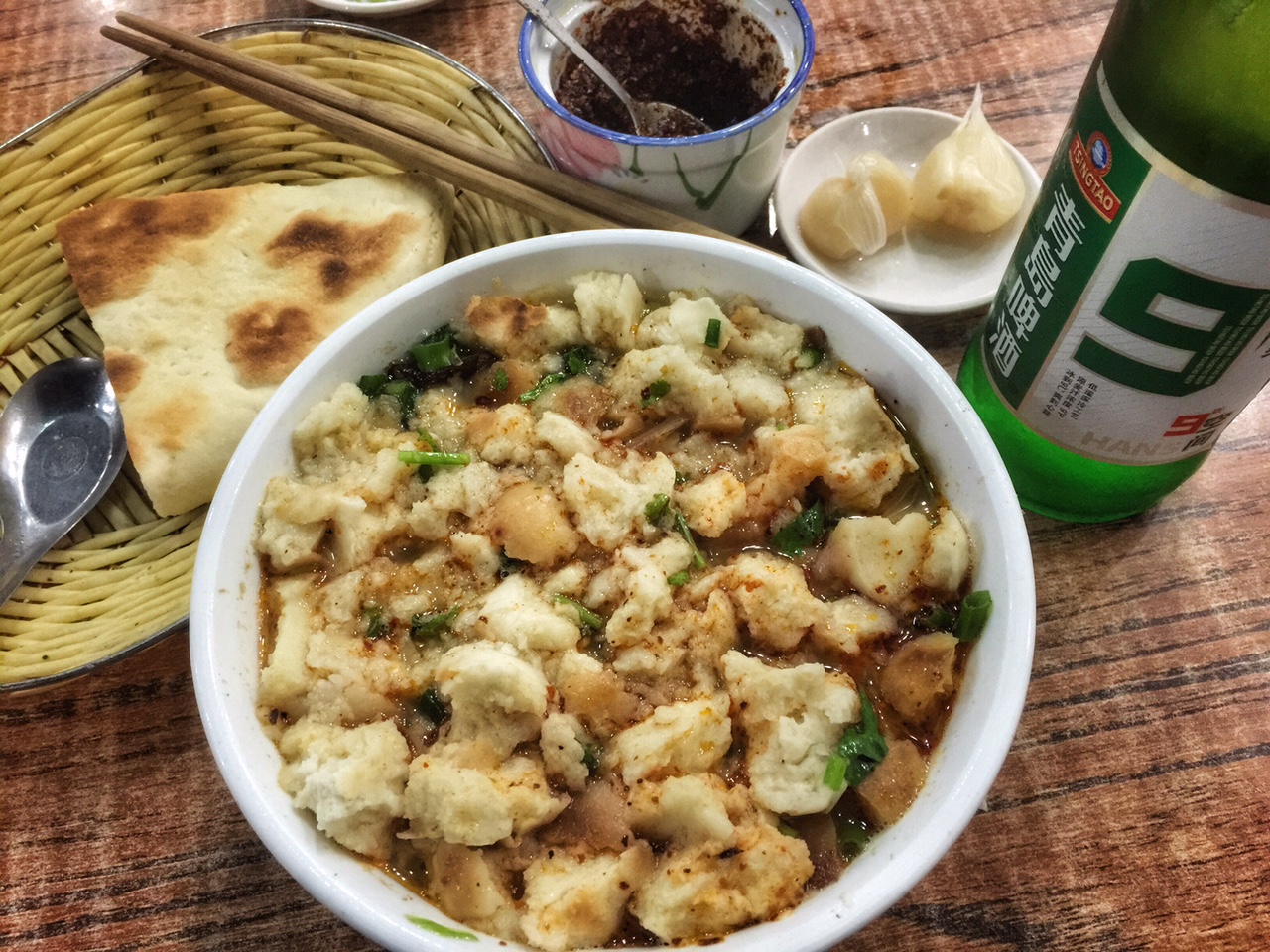 According to legend, when Emperor Taizu (927-976) was returning home from a journey one day, he had spent much of his money and for food had only two large pieces of stale bread left. When his party came upon a shop selling mutton soup, they bought a bowl and broke the bread into the soup. Delighted with the result, he named it 羊肉泡馍 (yángròu pàomó), or "lamb soaked bread". So, adding bread or crackers to your soup has a long tradition. 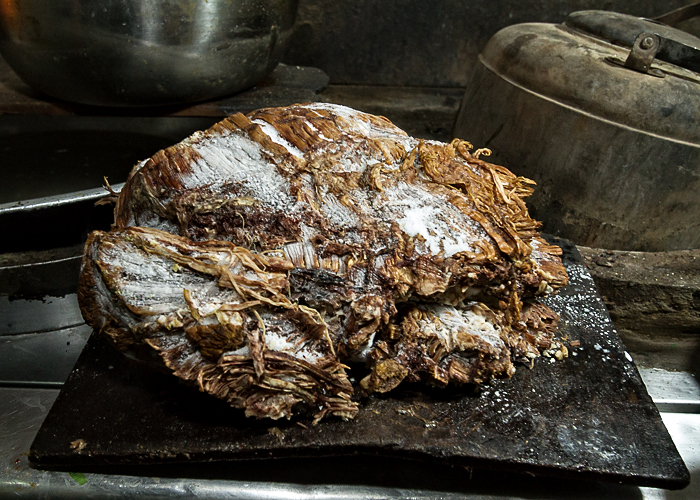 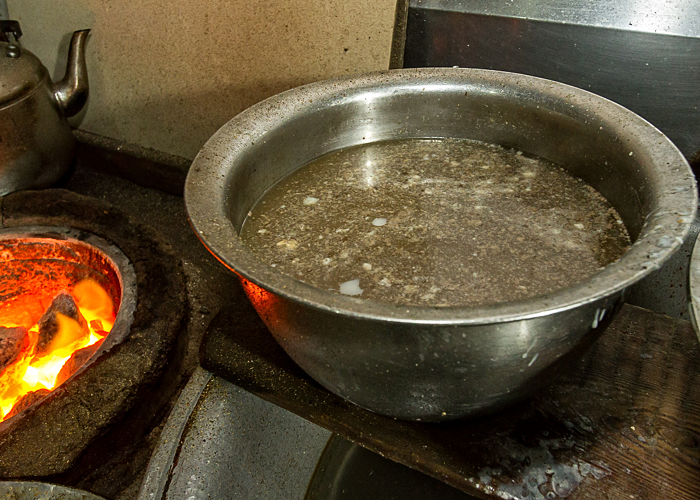 Mutton broth forms the base of this dish. Each restaurant will use its own signature mix of spices – including ginger, garlic, cassia bark, cumin, black pepper, chili, and star anise – to add to the water in which meat and bones are simmered for hours. The broth is then reserved for reheating and the meat for slicing to order. 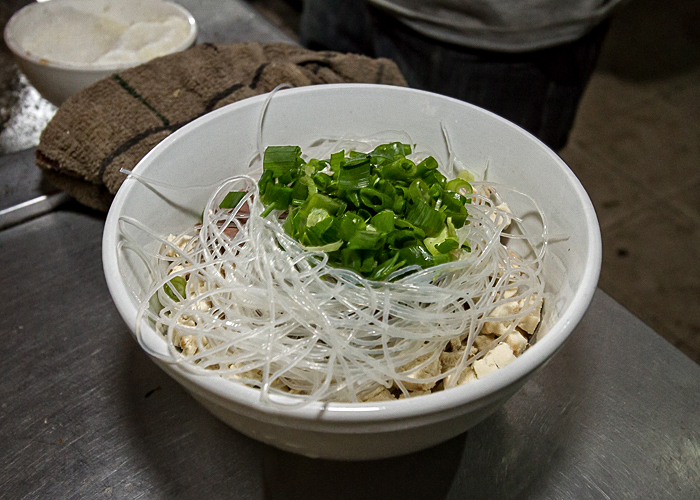 In addition to the broth, sliced meat, and bread, the basic yángròu pàomó recipe includes mung bean noodles and scallions. You may also find caraway, cardamom pods, cilantro, and wood ear fungus. Pickled garlic cloves and chili oil or paste are typical condiments found at the table to let you further adjust the flavour of the dish to your taste. 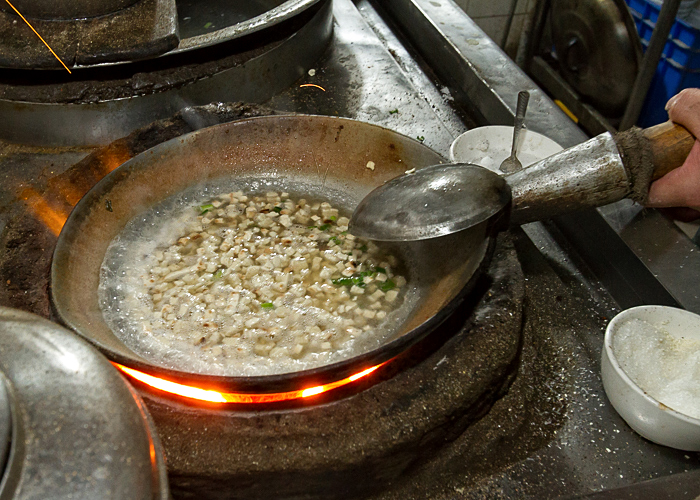 Traditionally, customers tear hard, unleavened flat bread into a bowl in very small pieces at their table. Broth boiled with the other ingredients is then brought to the table for diners to mix the bread into or the bread is taken to the kitchen to add. These days, many restaurants will prepare the entire dish in the kitchen, even cutting the bread into small pieces. 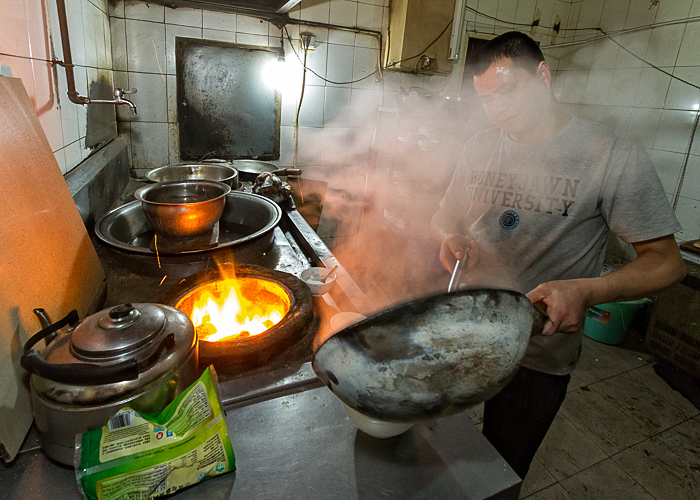 As a hearty dish, yángròu pàomó is particularly comforting when hunger is grumbling in your belly and the weather is cold. In Xī'ān, the best place to find it is in the Muslim Quarter, adjacent to the Drum Tower. However, with a reported 40,000 Muslim eateries spread out across the city, you're sure to come across it in other neighbourhoods as well. 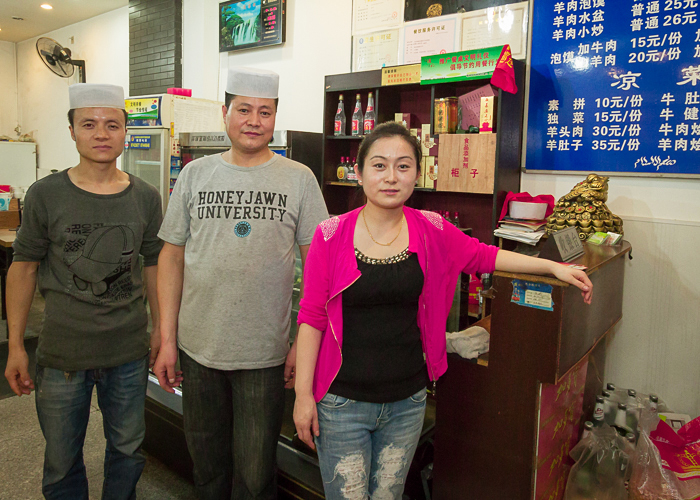 Of course, Xī'ān is most famous for the Terracotta Army. Also noteworthy is its large Muslim population. As the starting point of the Silk Road, the ancient capital attracted Persian and Central Asian Muslim traders who were welcomed and even appointed as officials. Their descendants intermarried with the Hàn, eventually forming the Huí ethnic group. Today, the Huí are largely indistinguishable from the Hàn majority except for their religious practices. This means you won't find pork in their restaurants or, often, alcohol. 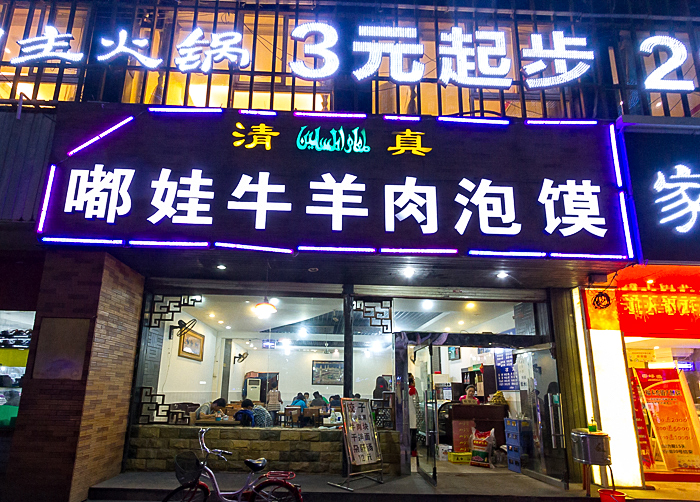 The yángròu pàomó featured in this article was enjoyed at:

China is so much more than the Great Wall, Forbidden City, Terracotta Warriors, and the Yangtze. Get out of the tour bus, get off the beaten path, and discover China's diversity. For some ideas on how to do this, see our articles, photos, and videos. Join our Forum to ask your questions or share your tips.