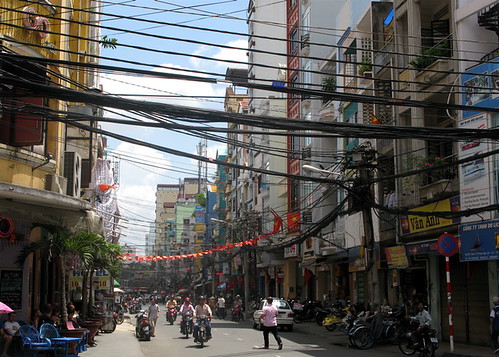 A day of touring Saigon's Cholon District by cyclo had given Brian and I some hunger pangs. So, we stepped out of our hotel and strolled down Bui Vien Street in search a restaurant offering good, sit-down Vietnamese food. After about five minutes of searching in vain, we were struck by the number of places that offered anything but. Indian, Italian, Mexican… Where was the fabled food that sent Anthony Bourdain over the moon?

Not having come all this way to get second-rate, overpriced approximations of Western food, we settled for the most promising restaurant/bar on our second pass. A couple of beers, banh xeo and two different kinds of cha gio would seem to do the trick, but it didn't. In comparison to what a Vietnamese restaurant in Vancouver near Brian's place offered, this was rather underwhelming. We then began to get an inkling that we had landed in the middle of Saigon’s backpacker area, where cheap beer and partying are more of a priority. 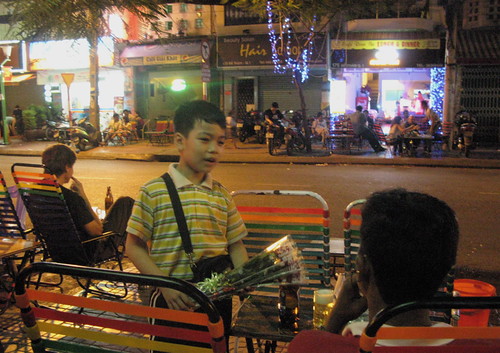 Unmet expectations had left us feeling a bit dejected. However, Brian and I had not arrived with anything more than a general idea of what we were going to do. Being guided by a plan based on a synthesis of other people’s experiences was not what our trip was about. We were there to create our own adventures. Some missteps were to be expected.

Salvation in a Sandwich

Ironically, it was in our haste for a quick bite the next evening, before happy hour at Seventeen Saloon, that we discovered our salvation. On the street corner, right beside our hotel, was a woman selling banh mi, that sublime marriage of French and Vietnamese cuisine which has become Vietnam's quintessential street food. Not only is it cheap – less than $1 – you don’t need to know the local language to order. All the ingredients are typically laid out in the open, so you just point to the fillings you want for your sandwich to be made. 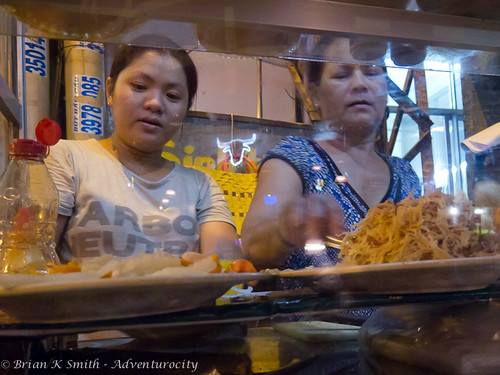 The typical components of banh mi are baguettes, pâté and mayonnaise from the French, salad ingredients, herbs, chilis, fish sauce and pickled carrot/daikon from the Vietnamese. The classic version is made with the addition of some type of pork cold cut, such as ham, headcheese, or sliced pork roll. If you want to experience the vendor’s own special recipe, order a banh mi dac biet, which they all have. 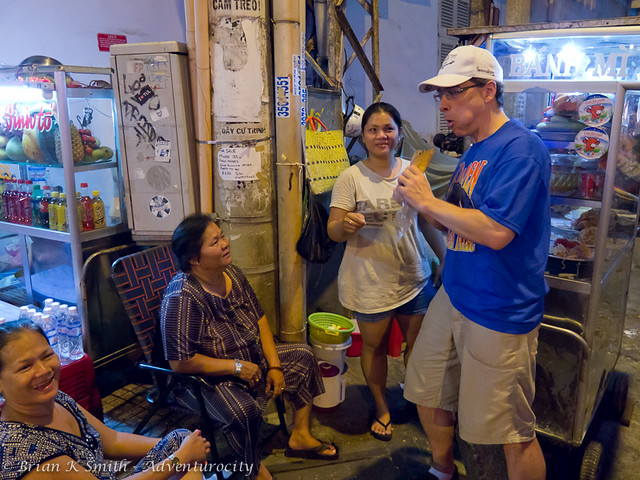 It’s easy to get drawn into a quest for the best banh mi. A variety of different possible sandwich fillings send the hooked in search of the winning combination. Other options include barbecued, grilled, or roasted pork, shredded pork skin, pork meatballs or patties, grilled beef or chicken, and vegetarian offerings with tofu or wheat gluten. There’s even a breakfast banh mi with fried egg. Our banh mi trung chien featured processed cheese, tomatoes, and fresh herbs with a sprinkling of Maggi sauce. 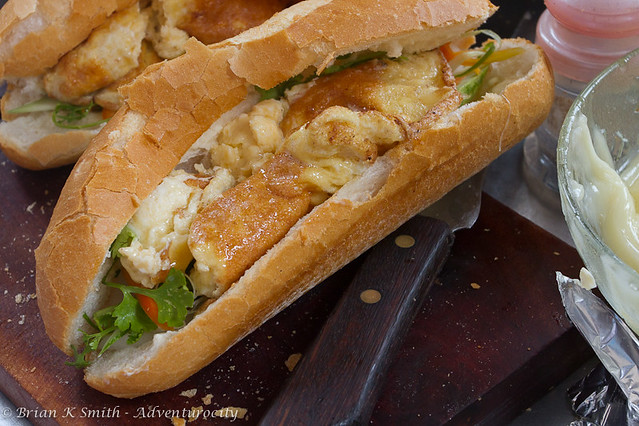 Our first Saigon banh mi had left Brian and I feeling ecstatic that we had found delicious, cheap Vietnamese food right on our doorstep. The second time around, both of us thought one wasn’t really enough. Was it so good that we got cravings for more? Whatever the case, Brian asked me where he could find them in Vancouver. And after returning home, I was inspired to start making banh mi again from a recipe in Jeffrey Alford and Naomi Duguid's Hot Sour Salty Sweet.

Join us on Adventurocity's Beyond the Nine Dragons tour to the Mekong region of Vietnam and Cambodia this June! Food is an important part of the cultural experience; we include cooking school sessions for a better appreciation of the local food. Learn more about Vietnam through our articles, video and photos. Have any questions or comments? Become an Adventurocity community member and share them on our spam-free message boards.