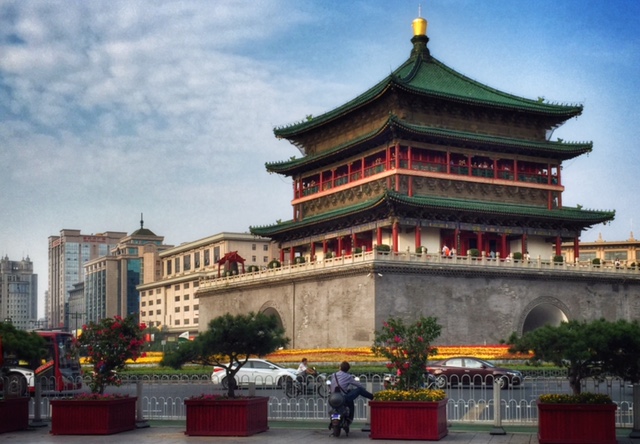 Millions of visitors flock to Xī'ān each year to see the incredible Terracotta Army, yet there is more to feast one's eyes upon than the city's treasure trove of venerable wonders. China's first great ancient capital also offers a unique cuisine that has developed over millennia at this cultural crossroads. Not to be missed is a dish that has become synonymous with Xī'ān's Muslim Quarter – Mutton Flat Bread Soup, whose origins legend credits to Emperor Tàizǔ (927-976).

In the centre of China, in Shǎnxī province, is the city known today as "western peace" – or in ancient times, Cháng'ān. This is where Emperor Qín Shǐ Huáng, the first emperor to unite China, established his seat of power. It's also the origin of the famous Silk Road, the most important pre-modern Eurasian trade route that connected the Middle Kingdom to the Mediterranean via Central Asia.

In the 8th century during the Tang Dynasty, Xī'ān was the world's largest city with a population of over one million. It was a cosmopolitan period in China's history and the Silk Road's golden age. Persian and Central Asian Muslim traders were welcomed and even appointed as officials. Over the centuries, their descendants intermarried with the Hàn, eventually forming the Huí ethnic group. Today the Huí are largely indistinguishable from the Hàn majority except for their religious practices. Noteworthy is their rejection of pork which is the most consumed meat in China. A common sight in the food markets of China's cities are young Huí men grilling spicy lamb skewers on charcoal braziers. 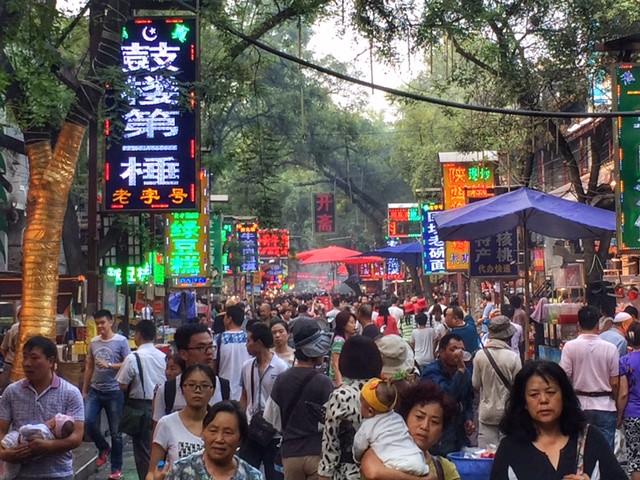 Within the restored Ming Dynasty walls at the centre of old Xī'ān stands the Bell Tower where the axes of East, South, West, and North streets intersect. Immediately to the west of the intersection rises the city's iconic Drum Tower marking the surrounding 1,000-year-old Muslim Quarter where 20,000 Huí live. Stretching north behind it, Běiyuànmén Street is a foodie's paradise. Countless vendors sell barbecued meats, fish and crab. Just as popular are the handmade noodles and various dishes based on spiced mutton or beef. Peppered throughout are stalls selling breads, pastries, nuts, dried fruits, juices and sweets, like the peanut toffee (花生糕, huāshēnggāo) pounded with monstrous wooden mallets in an eye-catching public performance. 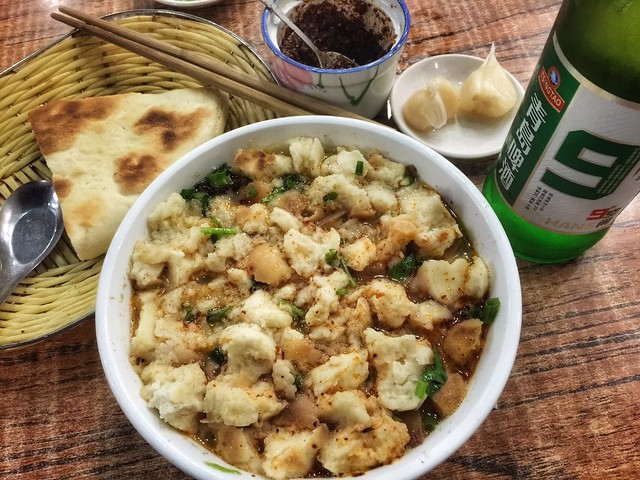 With a reported 40,000 Muslim eateries in Xī'ān, Huí cuisine spreads out across the city in a great web of restaurants and curbside kiosks. A few blocks from my hotel in the Jiànguómén neighbourhood of the old city's southeast quadrant, I discovered an amazing restaurant, called Dūwániú Yángròu Pàomó. It specializes in Xī'ān's signature dish, yángròu pàomó (羊肉泡馍). There is something about comfort food that is immediately recognizable, and this dish hit the spot! It instantly triggered thoughts of French-Canadian poutine.

Pàomó is traditionally served by first giving the customer a round, hard flat bread which they tear into small pieces. A few minutes later, a bowl of steaming, slightly salty, mutton soup with glass noodles, fungus, and green onion is brought to the table. One then stirs in the bread pieces, along with cilantro and chili oil to taste. A side of crunchy pickled garlic cloves offers added flavour and texture for those who wish it.

Rich with flavour and creamy in texture, pàomó instantly makes you feel cozy and warm, especially when you can slowly savour a bowl on a cold, rainy evening. As I ate, I imagined centuries ago, hungry and exhausted traders arriving after months of travel, being revived by the primal sustenance of this dish. You can, too, for only ¥25 per bowl.

China is so much more than the Great Wall, Forbidden City, Terracotta Warriors, and the Yangtze. Get out of the tour bus, get off the beaten path, and discover China's diversity. For some ideas on how to do this, see our articles, photos, and videos. Join our Forum to ask your questions or share your tips.